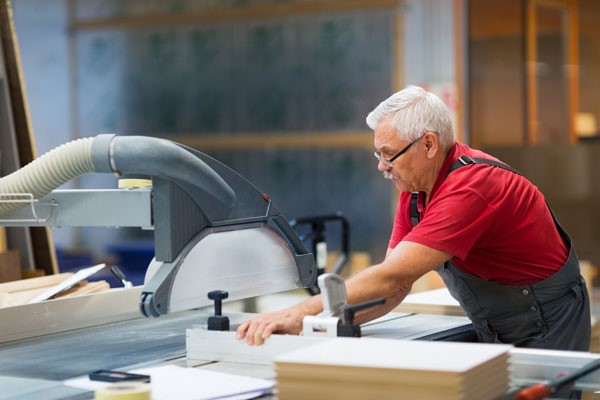 The world’s population passed the 8 billion mark on Nov. 15. While that’s a big number, the rate of population growth has slowed in recent decades, and fears about the “population bomb” are easing.

Instead, a different but still formidable demographic challenge is taking shape on the horizon: global aging. According to a recent International Monetary Fund article, the number of children worldwide under the age of 15 will equal the number of people over 65 in 2050. The ratio was 7 to 1 just a century earlier.

However, a recent report by the American Association of Retired Persons finds that the 50-plus population accounts for a large portion of global gross domestic product and is playing a growing role in the global economy. Marketplace senior economics contributor Chris Farrell explained how governments can implement policies to enable their older citizens to be as productive as possible.

“What the report emphasizes is the potential economic gains [if] policymakers, business leaders and others abandon these ageist stereotypes and make the kind of investments that harness the opportunities unleashed by increased longevity here in the U.S. and elsewhere,” Farrell said in a conversation with Marketplace’s David Brancaccio.

The following is an edited transcript of their conversation.

Chris Farrell: They are. I mean, so in 2018, people 65 years and older outnumbered children under 5 years of age globally. And that’s a first. Let me just give you one more number. This is drawn from the U.S. The Census Bureau predicts in 2034, and that’s only a dozen years from now, there’ll be more people 65 years and older than under age 18 here in the U.S. So that’s also a first. And of course, there are many nations that are a lot older than the U.S., like Japan or Germany.

Brancaccio: Now, it’s not just economists, but policymakers more generally are concerned that economic growth suffers when such a large part of the population is no longer of working age — in essence, too few working-age people supporting too many people who are now in retirement and needing a social safety net.

Farrell: Yeah. And this fear, I mean, it has a long history. I mean, retirement plans, social security systems, health care — it’s going to absorb ever more of economic output, or so we’re told. Yet greater longevity is driving the demographics of aging. And it offers, David, an enormous and underappreciated opportunity to boost economic growth and household incomes. And that promise informs a recent report looking into 79 nations in reports by AARP and Economist Impact — that’s the think tank of the media company. And aging populations, they’re better educated and they’re healthier than previous generations.

Brancaccio: But give me a sense of the scope of this report.

Farrell: OK. So this report looked at 79 nations, the 50-plus population between 2020 and 2050, and the number of people 50 years and older, globally right now, is 1 in 4. By 2050, 1 in 3. And it’s driven by this combination of increased life expectancy and lower birth rates. And what the report emphasizes is the potential economic gains [if] policymakers, business leaders and others abandon these ageist stereotypes and make the kind of investments that harness the opportunities unleashed by increased longevity here in the U.S. and elsewhere. And by the way, the same insight, this focus on investment, informs the IMF article that basically is saying, “Look, this is a challenge, but we can turn it into a real positive trend.”

Brancaccio: I mean, I’m hearing the vocabulary you’re using: “investments.” It’s not just paying money for a quote problem, but give us an idea about what might be the scale of the impact of this kind of thinking.

Farrell: So just to give you one number, the AARP study estimates contribution to global GDP by the 50-plus population will more than double from 2020 to 2050 from $45 trillion to $118 trillion. Now, a lot of this is driven by people working longer and continuing to contribute even in their 50s, their 60s, perhaps even their 70s, depending on their health.

Brancaccio: All right. So contribution to GDP, not cost. It’s a very different way of looking at it. But what kind of investments are called for here?

Farrell: OK, it’s public-private initiatives to improve the quality of work well into the traditional retirement years, policies to promote lifetime training, initiatives to boost late-life entrepreneurship. Look, investments along those lines. And business also has to see the longevity market as a profit center. And by the way, that said, the potential for economic disaster without significant investment —significant action — is all too real.