Home › Articles › Gulf’s pension funds can learn something from Norway

Gulf’s pension funds can learn something from Norway 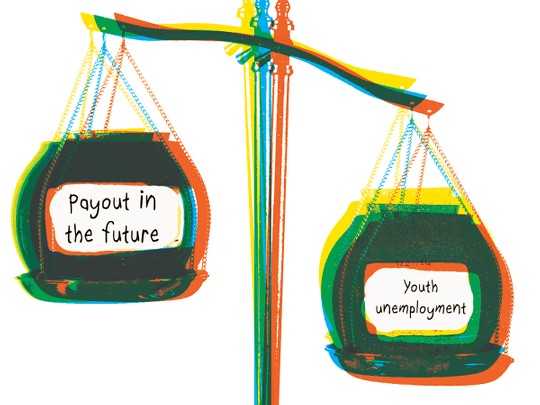 Gulf’s pension funds can learn something from Norway

The GCC’s early retirement scheme is unparalleled as it takes out an increasing number of the young from government services.

The initial set of 2020 financial results from listed companies offers an opportunity to evaluate not just their performance but the strength – or otherwise – of their operational strategies. This is due to multiple considerations, most notably the exceptional situation created by the pandemic and the challenges – and opportunities – imposed on individual economies and the global economy as a whole.

What we see are some entities taking advantage of the crisis to turn in substantial profits, brought on due to changes in the pattern of commercial activities. There was also the emergence of newly listed companies whose services gained an immediate following.

Norway’s pension fund intelligently exploited the crisis to generate substantial returns, thus strengthening its position as the world’s largest sovereign fund. The fund achieved a 10.9 per cent profit growth to 101.5 billion euros – a sort of that is rare in such institutions. This has led the fund’s value to increase to 1.03 trillion euros ($1.250 trillion).

These results were made possible due to the fund’s active and professional investment policy, where it quickly picked up on the likely transformations brought on by the virus crisis. The fund exited from some activities and focussed on tech companies. Its exposure in stocks, including those of tech companies, made up 72.8 per cent of its investment portfolio.

Of the 9,200 companies it had exposures in, tech-focussed recorded the largest return of 41.9 per cent. The fund’s vigilance and realisation of the changes in the global economy – leading to heightened demand for e-commerce, distance learning and e-entertainment – will support Norway’s status as a premier welfare state that is also backed by ample oil wealth. (A large part of its oil revenues are allocated to investments in the fund.)

Norway’s success raises important questions regarding the performance of GCC pension funds, which are experiencing increasing difficulties due to their poor investment performance and the growing number of retirees, their ranks swelled by early voluntary retirements.

The GCC’s early retirement scheme is unparalleled as it takes out an increasing number of the young from government services. We have spoken in the past about the great imbalances GCC pension funds suffer from, in terms of administrative and investment aspects.

The situation remains unchanged, deepening the crises of these funds and imposing new burdens on the budgets of the GCC countries.

This has prompted them to provide financial support to the pension funds to ensure the continuation of their work. At the administrative and regulatory level, it is time to end the early retirement schemes, which has created a kind of laziness and dependency among the educated young and who could have contribute for 20 years or more.

Also, there is general weakness in the investment and management structures of these funds, because most of the assets are in bank deposits, whose returns have reached almost zero. And poised to even reach a negative rate, creating further complications…

This urgently requires GCC countries to reconsider investment and benefit from the experience of Norway’s fund.

Opportunities to diversity are always available in markets. What is needed in this case is that such opportunities must be exploited smartly by true specialists.

Majority of Gulf pension funds lack in professionalism, excluding Kuwait’s Public Institution for Social Security, which achieved profits of $12.1 billion in the first-half of last year, a growth of 362 per cent.

The Abu Dhabi Pension Fund (ADPF) has signed an investment partnership agreement with ADNOC – an important step for future investments.

The GCC’s pension funds still need state support, which will place additional burdens on their annual budgets – and which may be difficult to continue in the future.