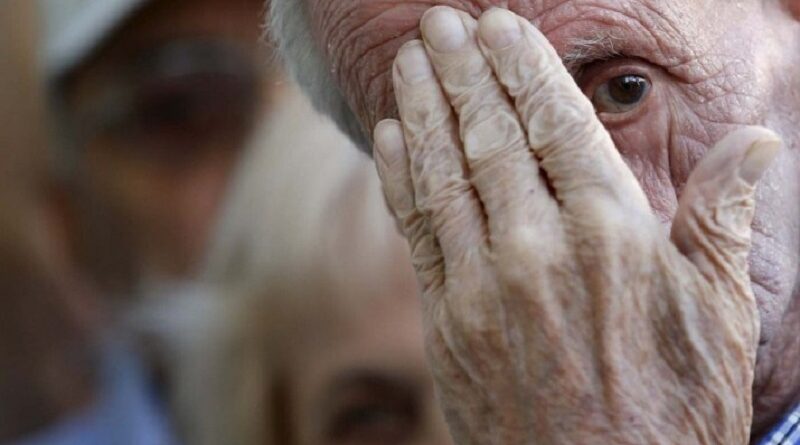 In Switzerland a huge wealth gap exists among retirees. While most senior citizens can comfortably make ends meet, one in five is living either below or close to the poverty line. Some 50,000 pensioners have no financial cushion to offset their low income.

Bernard and Pierrette Apothéloz are both in their early 70s. With their meagre pensions and no savings or additional benefits, the couple often struggle to pay their bills. Because of their financial situation, they are unable to absorb any unforeseen costs.

“Just keeping our heads above water is a constant battle,” says the husband. They are “very stressed” about money. In recent years, they have watched the rising costs of health care and most basic commodities with consternation.

We meet the couple in their small flat in Neuchâtel during a visit by a social worker from Pro Senectute. This organisation, which defends the rights, dignity and wellbeing of the elderly, offers social counselling and assistance to those in financial difficulty.

In the five years since they took their retirement, Bernard and Pierrette have had to face unpayable bills for dental care as well as the dilemma of how to put food on the table.

“It was the end of the month and we hadn’t even got CHF20 ($22) left for the weekly shopping,” Pierrette recalls. “Even going down just to the bare basics, we have to count every penny.”

The couple have eliminated most non-essential expenses. “I can longer buy any presents for my wife,” Bernard laments. He has curtailed his leisure activities, bar the weekly card club and “an occasional coffee or beer”. If he goes into town, it is always on foot. His wife, meanwhile, has cut back on everything except cigarettes. The couple feel increasingly isolated – inviting friends around has become too expensive, but they avoid it “perhaps also out of a feeling of shame” vis-à-vis their better-off peers.

Like this Neuchâtel couple, nearly 9% of the over-65s say they have great difficulty making ends meet, according to the Federal Statistical Office.

A recent studyExternal link commissioned by Pro Senectute found that over 200,000 retired people (the equivalent of nearly 14% of retirees, compared to 6% of the working population) are living on an income below the poverty line, and a further 100,000 are close to it. A total of one in five senior citizens can be considered poor or at risk of falling into poverty.

Women, people with a low level of education, and foreigners are at greater risk than the rest of the population – that is, anyone likely to have had a low-income job or fragmented career, which is then reflected in a very low pension, explains Rainer Gabriel, a researcher at the Institute of Diversity and Social Integration at the Zurich University of Applied Sciences (ZHAW).

Before retiring, Bernard Apothéloz took inventories for retail kiosks. He earned around CHF4,800 a month – not enough to put money aside (the current median salary in Switzerland is about CHF6,700) but sufficient “never to get into debt”. Today, he and his wife are living on CHF4,800 a month.

The household income consists of their state pensions and the husband’s occupational pension. Pierrette also worked, but not continuously. She took a break of several years to raise her son and was forced into early retirement at 62 after being made redundant. As a result, she only has a partial state pension. Meanwhile, her occupational pension, which she chose to withdraw in full when she retired, quickly melted away. At the time she needed it, but now she regrets that she made “a huge mistake”.

Although they share the average amount received by a single person with a state and occupational pensionExternal link, the couple is still far from the poverty line, which stands at CHF3,064 a month for a household of two adults without children – a threshold considered too low by the anti-poverty organisation Caritas.