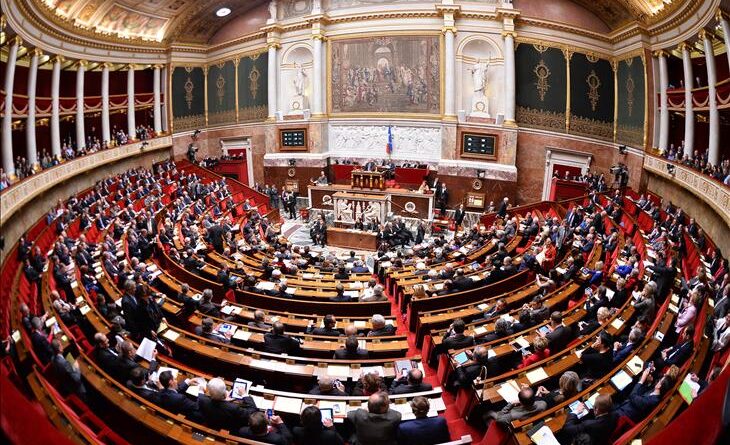 The French government said Tuesday it could be flexible on its plan to raise the retirement age to 65, part of a hugely controversial pension reform project pushed by President Emmanuel Macron.

Speaking ahead of crunch talks with unions that have fiercely resisted any change, Prime Minister Elisabeth Borne told FranceInfo radio that the age of 65 is “not set in stone”.

She added that “other solutions” could help the government reach its target of balancing the pensions system by 2030. She said the plan, a flagship domestic policy of Macron’s second term, would be presented to the cabinet on January 23 before being debated in parliament at the beginning of February.

The full details of the plan — whose banner policy of raising the retirement age from the current level of 62 has been rejected out of hand by the unions — are to be unveiled on January 10.

Macron’s overhaul would be one of the most extensive in a series of pension reforms enacted by successive governments on both the left and right in recent decades aiming to end budget shortfalls.

‘Our pensions problem’ Edouard Philippe, a former prime minister, summed up politicians’ frustration at failing to manage a pensions breakthrough despite long-standing attempts. “The English have their Ireland problem, the Americans their weapons problem, and we have our pensions problem,” he told AFP recently. A majority of French oppose the reform, according to opinion polls, with a Harris-Interactive poll published Monday putting the level of opposition at 54 percent.

“The only group in favour are retired people of 65 and over,” said Frederic Dabi, head of the Ifop polling institute.

The revamp was supposed to have been announced in mid-December but Macron, whose ruling party lost its overall parliament majority in polls last year, delayed the announcement to allow further talks.

But he said he would not be sidetracked. “This year will be the year of pension reform,” he said in his traditional New Year’s address. A new system would be implemented “by the end of the summer”, he promised. Later Tuesday, Borne is due to hold new discussions with unions, which have already signalled that even a less ambitious pension age increase to 64 years would not be acceptable.

Any change in the pension age would be “a red line”, said Laurent Berger, head of the moderate CFDT union. As an apparent olive branch to unions, Borne on Tuesday withdrew a plan to cap the duration of unemployment benefits if the national jobless rate falls below six percent, an idea that had caused much anger among union leaders. ‘A spark could be enough’ Borne is hoping for parliamentary support from the conservative Les Republicains party, which is broadly in favour of pension reform and could vote with the government.

Their backing would save her having to make use of a constitutional measure, article 49/3, giving a minority government the right to push through legislation without a vote. Such a move would, however, undermine the legitimacy in public opinion of the entire reform, analysts say.

Left-wing politicians have announced a tough fight against Macron’s reform plans, including with calls to mass demonstrations. “It’s going to get hot in the streets,” threatened the leader of the far-left LFI party, Jean-Luc Melenchon.

Dabi, meanwhile, drew parallels with the Yellow Vest movement of social unrest that shook France in 2018. “The ingredients of a social explosion are in place,” he said. Resentment at low salaries and a feeling of economic decline combined with “inflation that we didn’t have in 2018” meant that “a spark could be enough to make everything go up in flames”, said Dabi.