90% of UK’s savers would use digital pensions dashboard 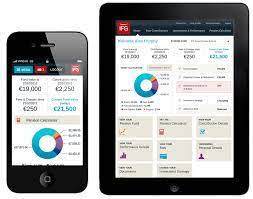 Nine in 10 savers would use a digital pensions dashboard if it gave them a consolidated view of their pensions, savings and investments, according to research from The Investing and Saving Alliance and EY.

The report, based in part on interviews with more than 20 senior executives from across the financial services industry, found that 90 per cent would use a dashboard if it consolidated that financial information, while 94 per cent of those currently using a dashboard would use an app if concerns about security were allayed, for example, through a guarantee from a trusted financial institution.

Moreover, pensions were viewed as “the most likely ‘useful app’ — or the first product type that can deliver value”, the report said.

The finding aligns with research by the Pensions Dashboards Programme, which the report said had concluded “that younger users are interested in personalised dashboards providing ‘big-picture’ views of their finances, which are a baseline for informed decision-making”.

The report found widespread support for open finance apps, but listed a number of barriers to wider adoption, such as concerns about mis-selling and unauthorised access to data.

It did, however, find that customers who have access to all the relevant information are almost 10 times more likely to switch to better deals when offered.

Tisa digital chief executive Harry Weber-Brown said: “Consumers will be able to easily and securely view their financial position by drawing data from multiple providers, enabling them take more control of their finances.