Home › Articles › Financial coaching: Is this the next avenue for advice firms?

Financial coaching: Is this the next avenue for advice firms? 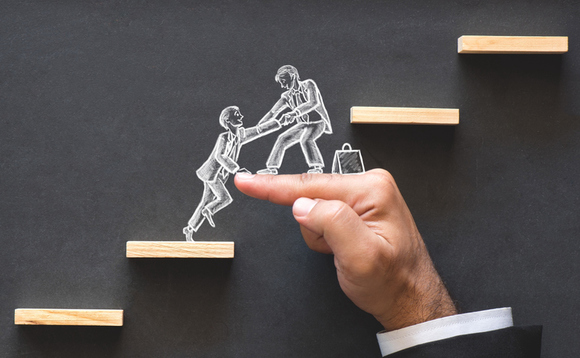 Financial coaching is becoming an increasingly popular buzzword among the advice community, and some advisers are considering broadening their skillset. But is there a business case for it?

Financial coaching is now firmly on the map. Advisers are taking courses to brush up on their listening and communication skills, and larger firms like Octopus have announced plans to enter the space to bring coaching to the mass market.

Coaching means interpersonal skills. “It’s about shutting up and listening,” says Ovation Finance chairman Chris Budd. Financial coaching sits alongside financial wellbeing, the Initiative for Financial Wellbeing founder explains. It is about listening and communicating with clients about their money habits – good and bad – and trying to improve on those and their relationship with money more generally.

Though not a regulated pasture, Budd says there is nothing to stop a regulated adviser from also becoming a financial coach.

“A financial coach will help someone look at themselves and see if they have any damaging thoughts or any self-limiting beliefs,” Budd continues. “Often a financial coach will work alongside a financial adviser, and the adviser will be helping the client work out the big picture stuff, while the coach may be speaking to them about things like, ‘why do you keep spending money on things that don’t make you happy?'”

Catherine Morgan runs a financial coaching business, The Money Panel, which in the past 18 months has also started offering financial advisers training to become financial coaches.

In the first year and a half, more than 100 advisers took part in the course. This first educates students about financial coaching, then demands six months of practice as a coach. Finally, it teaches them the marketing side of the business, whether their new skills will be integrated into their existing business, or used to set up a separate, standalone enterprise.

Morgan used to be a regulated financial adviser, but her coaching business has become so busy she was able to hang up her regulatory hat.

“Advisers want to have better, more engaged conversations with clients, they want to deepen their relationship with clients, but they just don’t know how,” she says.

The coach, who is also a blogger and podcaster, and is about to release her first book, is a firm believer that financial coaching merely serves to enhance an adviser’s offering, and can be useful to existing clients.

“What coaching does is really focus on clients’ habits and behaviours around money, which planning and advice don’t do.”

Financial coaching can also offer advisers better access to female clients, with Morgan adding: “All the planning and advice that is delivered now is very left-brained, it’s all very logical and maths-based, with stats, graphs, and so on.

“There’s a lot of people that are not left brain dominant. A lot of women, for example, are more right brain dominant, which is interesting because it shows women are making more decisions from the creative side of their brain. If we want to fill the gender advice piece and create a greater breadth of advice to be all-inclusive, I think coaching is a way to do that.”

Budd, meanwhile, argues financial coaching will help to retain clients. “Given that 80-90% of income comes from existing clients, that’s where you should focus,” he adds.

The IFW founder believes financial coaching will become increasingly popular among advice firms: “The next decade will see two big changes to advice. The first will be the use of philanthropy skills, and the second will be coaching. Any firm of a decent size, let’s say five to six advisers, would benefit from having an in-house coach.”

There are still relatively few financial coaches operating within advice firms. However, Budd argues, this is how progress is typically made: “A few firms start to do something, and more firms look at that and say, ‘I’d better do that’, then a few other firms start looking at it enviously, then those firms do it, and then everyone [joins in].”

Doyle & Palmer IFA Sara Walker took The Money Panel’s course to become a financial coach after realising she worked on a deeper level with her clients than her peers. This made her want to explore the possibilities further.

“When I started to look into things, I realised there was this thing called ‘financial coaching,'” she says.

“You learn to listen more deeply and carefully and to actually give [clients] time to think about their answers, and you learn to ask things differently.”

The people that approach her for coaching tend to be women, the IFA and coach says, although men are welcome too. Walker recently coached a man who, by his own admission, could only see himself as a protector and provider. He therefore could not fathom the idea of spending money on himself. After getting some coaching, and understanding that he could afford it, he realised being a provider should not be a barrier to enjoying his wealth.

“He’s now bought an amazing and very expensive pushbike that he regularly rides,” Walker continues. “His wife has messaged me saying ‘I can’t believe he’s done this, he’s so excited, and we wouldn’t have realised he could’ve done this without you.’ If he’d have done it before he’d have felt too guilty.”

Walker also believes the FCA is keen on the idea of financial coaching because the listening and communicative skills that coaches acquire lend themselves to being more aware of vulnerable people – an area the regulator has been keeping a close eye on.

“It helps you to be much more aware – you’re just able to listen and pick up on things,” she adds.

While financial coaching is broadly seen as a good idea among financial advisers, the fact it is not regulated could leave it open to criticism.

Echelon Wealthcare managing director Alastair Rush is not against the concept of financial coaching. However, he worries that, because of the lack of FCA protection, unscrupulous characters could set up as financial coaches and effectively act as introducers for their own financial benefit.

“What’s to stop some of the British Steel advisers setting up as a financial coach and introducing them to the latest fund? It’s unregulated,” he says. “I have nothing at all against financial coaching, but the standards have to be proper.”

Rush continues: “In principle, it’s a good idea, and I’m certainly not against it, but it needs to be safe. I coach clients all the time, and it’s essentially listening skills. If there’s a good course that people can benefit from, then great.

“Sometimes people don’t need the advice process, they just need someone listening to them, and I think that could enhance what an adviser can do.”

Budd’s organisation, the Initiative for Financial Wellbeing (IFW), is hosting an hour-long webinar in December on financial coaching for those interested in learning more.