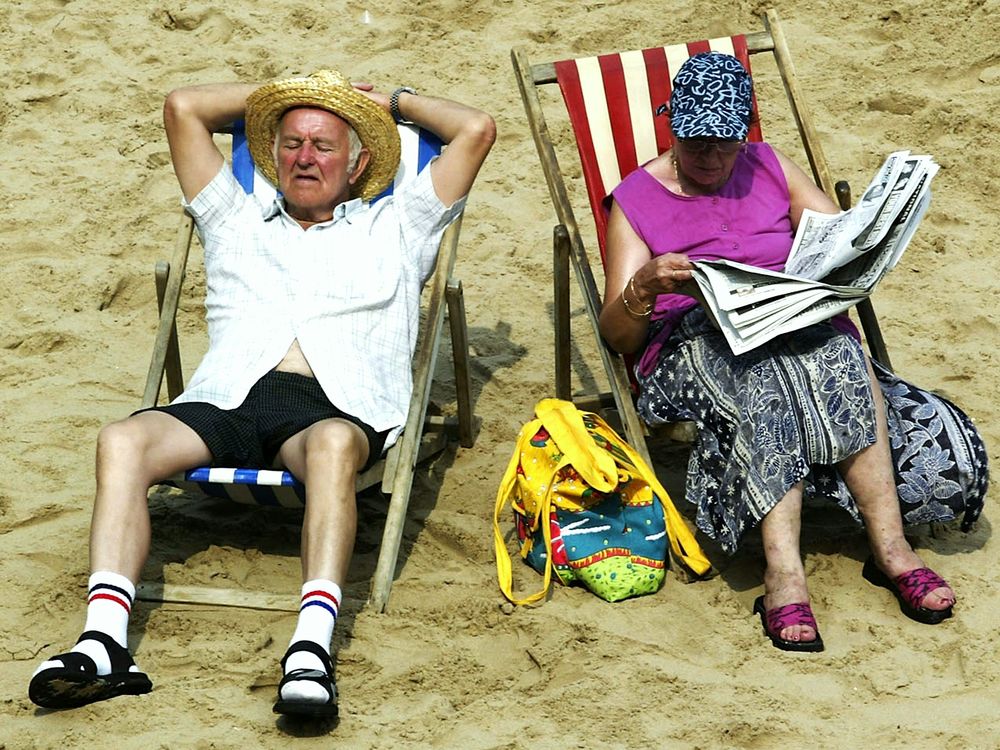 Yes, a lot of older workers dropped out of the labor force during the pandemic. But people in their late 60s and 70s led the way.

Labor-force participation has fallen further among Americans 55 and older since the beginning of the Covid-19 pandemic than among so-called “prime-age” workers ages 25 through 54. Older workers’ participation rate has also shown little sign of recovery as the pandemic has eased, in contrast to the pattern among younger workers.

Older Workers Are Dropping Out

Change in labor-force participation rate since February 2020, by age group*

The labor-force participation rate is the estimated number of people who are employed or actively looking for work divided by the estimated working-age population, excluding uniformed military personnel and those behind bars. Declines in the rate are often reflections of a weak labor market; people give up looking for jobs because prospects of finding something worth their while are bleak.

Right now, though, there are more job openings than at any time since the Bureau of Labor Statistics started tracking them in 2006. Yet older workers’ labor-force participation rate isn’t rising. This persistent decline has already gotten lots of attention. Explanations offered have included lingering fear of a disease that is most dangerous for older people, changed priorities in light of the events of the past year-plus, retirement accounts flush with investment gains and age discrimination in the job market.

I don’t have a better explanation than the ones offered so far, or a foolproof method for sorting out which has been most important. But I do have a problem with the phrase often appended to this phenomenon — “early retirement” — and the reliance on broad 55-and-older labor market data to measure it. In fact, the labor-force participation decline has been concentrated among those 65 and older, while those in their late 50s, and to a lesser extent those in their early 60s, have been behaving more like younger workers.

The reason the broad 55-and-older statistics have dominated discussion of the participation decline is just a data quirk. The BLS publishes numbers for the larger group on a seasonally adjusted basis, while data for narrower older-worker age groups are only available unadjusted. Seasonal adjustments smooth out things like the employment spike before Christmas and the summer cross-currents in which teachers take time off while their students often get jobs. Without them it can be hard to assess month-to-month changes or make charts like the one above that aren’t overwhelmed by seasonal noise.

Run your chart over a long enough period, though, and the seasonal noise fades into the background, making it pretty easy to see that the pandemic has been a much bigger big deal for the 65-74 set than for those ages 55 through 64.

It Depends Which Older Workers You’re Talking About

Here’s another way of looking at the pandemic’s labor-force participation impact, by measuring change in participation from June 2019 to June 2021 (to avoid seasonal effects) for a wider range of age groups.

Who’s Been Dropping Out

The anomalous behavior of the 75-and-older age group begs some explaining. One reason for it is that that the oldest members of the giant Baby Boom generation began turning 75 in January, thus lowering the group’s median age a little every month. Another, awfully, is that about 1.5% of Americans 75 and older and 2.7% of those 85 and older have died of Covid-19 in the past 16 months. Many would have died of something else if it hadn’t been for the pandemic (very old people tend to do that), but the latest adjustments to the population estimates used in calculating labor-force participation rates reduced the number of 75-and-older Americans by 0.6%, and the deaths probably reduced the median age too.

As for teenagers, their willingness to jump into service jobs during the pandemic has been much-discussed, although their participation-rate change looked a lot more impressive a couple of months ago (it was up 3.1 percentage points over 2019 in April). For the rest of the age distribution, the pattern seems to be that those at the edges — people in their 20s just starting out in the workforce and people past traditional retirement age in their late 60s and early 70s — were most likely to drop out. The especially low dropout rates for those in their 50s can also be partly explained by the fact that they’re less likely than younger adults to have young children at home.

The Census Bureau survey-takers who gather the labor-market statistics every month also ask respondents whether they’re retired, and while the answers don’t show up in the monthly employment report they’re available for analysis. Researchers at the New School’s Schwartz Center for Economic Policy Analysis (among them my fellow Bloomberg Opinion columnist Teresa Ghilarducci) have been tracking the retirement numbers for their quarterly Older Workers Report and finding the same differences described above in behavior on either side of 65 years old, but also a telling divide between those with college degrees and those without.

College-educated workers ages 55 through 64 are currently less likely to be retired than they were before the pandemic. Those in that age group without college degrees are more likely to be retired than before, but the increase has been modest. So much for that early-retirement wave! The big increases in retirement rates have been among those 65 and older, led by those with college degrees.

The ability to work remotely during the pandemic has been closely linked to education. For the most part, people with college degrees have been able to do it, those without them have not. A lot of the retirees without college degrees, then, were probably to some extent forced out — either because they lost their jobs or felt it was too dangerous to go back. Most of the 29% of Americans 65 and older with college degrees (as of 2019, according to the Census Bureau) faced a different and more attractive set of choices. They were more likely to have the option to keep working, but also more likely to have benefited from the runup in asset prices that followed the initial shock of the pandemic. And they chose retirement in a big way.

This was a reversal of a long-running trend. Until the pandemic hit, labor-force participation among those 65 and older had been rising for a quarter century.

Senior Citizens Were Going Back to Work Before the Pandemic

The increase came even as labor-force participation among prime-age Americans fell from 2000 to 2015 (after which it did begin a robust recovery, although it was still short of its late-1990s highs when the pandemic hit). Legislation banning mandatory retirement for most workers, adopted by Congress in 1986, played a key role in instigating the rise. So did the supplanting of defined-benefit pensions by defined-contribution plans such as 401(k)s, which also began in the 1980s. It has continued in part because, even as overall life expectancy in the U.S. stagnated in recent years, life expectancy at 65 kept rising. Those who reached 65 had ever more years ahead of them, which led many to keep working longer because (1) they could, (2) they found it fulfilling and (3) longer lifespans plus the aforementioned shift in retirement-savings arrangements left some without adequate income and many others with incentive to keep working to maximize that income.

The pandemic changed this equation, at least temporarily. Life-expectancy estimates by age based on mortality data from the first half of 2020 found that 65-year-olds experienced the biggest percentage decline versus 2018 — 2.1%, or about five months — which will surely go up a lot when the full-year data is evaluated. It’s only natural that a shock like that would affect behavior.