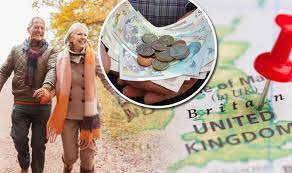 More than nine in ten defined contribution (DC) savers are at “high risk” of not achieving their expected retirement income, the Pensions Policy Institute (PPI) and Centre for Ageing Better warn.

While auto-enrolment (AE) has driven up contributions to pension schemes, those aged over 50 are most likely to face difficulties at retirement due to a combination of less time to save in AE schemes and heightened job losses during Covid-19.

In a joint report, What is an adequate retirement income?, they warned up to 5 million people in their 50s and 60s were running out of time to prepare for their retirement – but that later generations also risk “being pushed into poverty” if action is not taken. It noted potential economic scarring of around 3% from the pandemic.

Even those with defined benefit (DB) provision may struggle to receive adequate retirement incomes, the report warned, particularly those who joined their schemes towards the end of its open life.

Women, particularly divorced women or single mothers, as well as people from BAME groups, disabled people, carers, and the self-employed are most likely to struggle to achieve an adequate retirement income.

Mitigation of poor outcomes will need at least one of either increasing contribution rates, longer working lives, increasing the state pension, or acceptance of a poorer retirement.

The PPI and Centre for Ageing Better said a consensus was needed on what retirement adequacy meant, bearing in mind its “multi-dimensional” view and the number of actors involved.

It said the consensus is “likely to be a necessary and pressing precondition to forming a lasting commitment to the policies required to deliver adequacy for the majority of older people in a Covid-19-impacted world”.

PPI head of policy research Daniela Silcock said: “Changes in the way people work, save and retire mean that traditional measures of adequacy are not as relevant as they used to be.

“A new consensus is required to generate retirement income adequacy targets which people can use, and which allow for both income and liquid capital in retirement.  Achieving a consensus will not be straightforward as it requires agreement from industry, employers and unions and the overall support of government in order to ensure all key stakeholders play their parts.

“Therefore, action from the government to pursue this agenda will be necessary soon, to help prevent future generations of older people experiencing poor retirement living standards.”

She said there was an “urgency to develop relevant, accessible and achievable adequacy targets for those saving today, and for future generations”.

Pensions and Lifetime Savings Association director of policy and advocacy Nigel Peaple backed the report, noting that the association’s own research in 2016 found that only half of eligible workplace savers were on track to reach Pension Commission recommended replacement rates.

“We agree with the PPI that the UK should establish a national consensus on what is meant by an adequate income in retirement,” he said. “We believe this consensus is needed so as to guide the level of automatic-enrolment contributions, the value of the state pension, and the fiscal support for additional pension saving.”

The PLSA’s Retirement Living Standards were launched a couple of years ago to aid savers in their understanding of how much they need to have their ideal retirement. A similar future living standard equivalent to the national Living Wage campaign – which provides focus on the current living standards of low-paid workers – was proposed by think tank Resolution Foundation and Aviva in January.